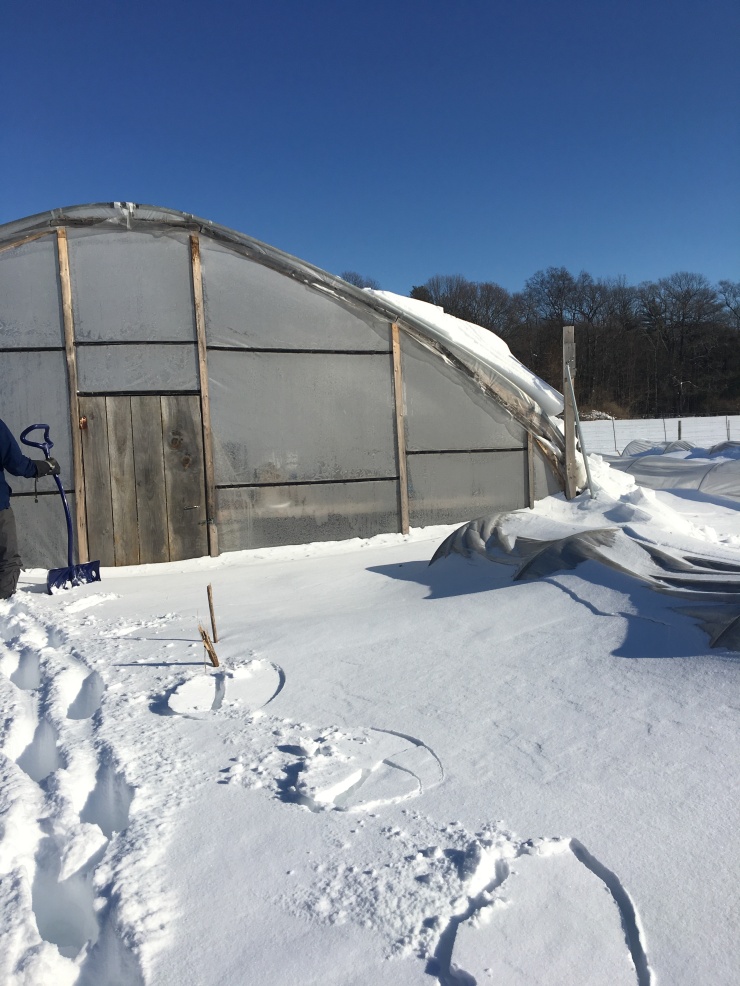 Milton received 17″ of snow from the “Bomb Cyclone” but, due to the high winds, the snow was deposited rather unevenly.  As you can see from the top photo, the south side of the greenhouse had a wall of snow piled against it that prevented the deep build-up on the top from sliding off, while the north side (not photographed) was totally clear.  Fortunately, the structure and plastic held up until we arrived to shovel a wide channel along the side and clear the snow away.  Although the temperature was in the single digits, the sky was blue and the sun was shinning so, once the side and doorway were shoveled out, we found it toasty inside and discovered living, little plants under their covers in the ground.  A hopeful sign that light is increasing & things will improve.